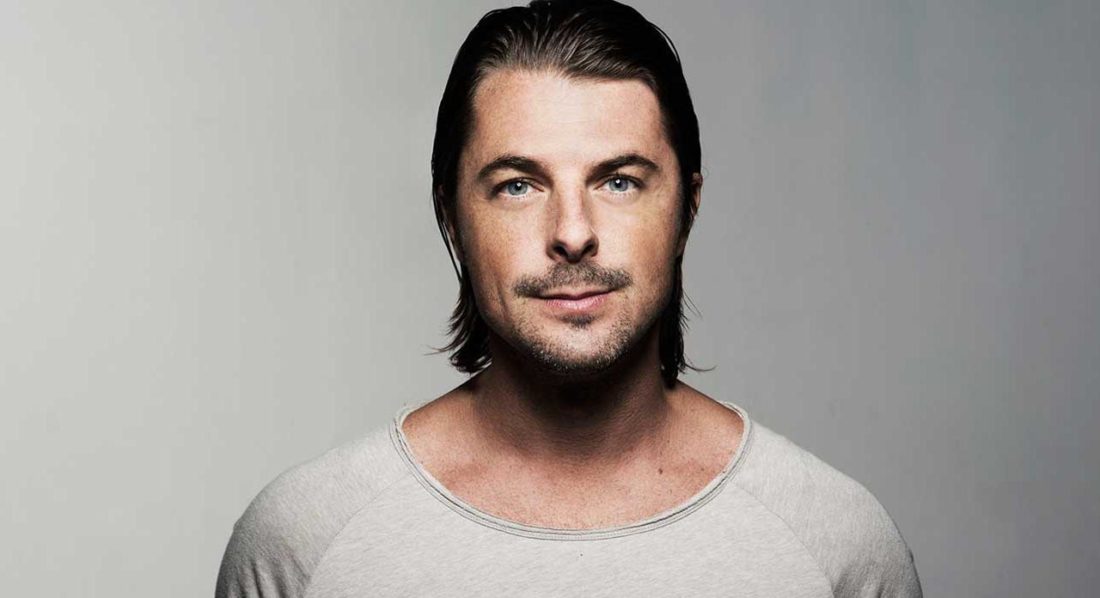 Axel Christofer Hedfors(born 18 December 1977), better known by his stage name Axwell, is a SwedishDJ, record producer, remixer and owner of Axtone Records. He was a member of Swedish House Mafia along with Sebastian Ingrosso and Steve Angello. He is a two time DJ Awards winner and in 2013 he was placed nineteenth on the DJ Magazine Top 100 DJ Poll.

Axwell’s interest in music appeared at an early age, having taught himself to play the drums by age nine. Four years later, the 13-year-old exchanged his drums for a computer so he could create each element of his music independently. Axwell released limited copies of a techno/hard trance EP on vinyl under the name OXLin 1995. During the mid-90s, he was additionally active in the tracking music scene under the moniker Quazar, releasing acid techno tracks made with FastTracker 2 and NoiseTracker.

By late 2004, Axwell released „Feel the Vibe„, which was re-released through Ministry of Sound in 2005 with new lead vocals from Tara McDonald who additionally wrote the song as „Feel the Vibe (‚Til The Morning Comes)“. McDonald’s voice and writing helped secure the track as a radio winner and this track became one of the biggest cross over dance records of 2005. It was a breakthrough record for both Axwell & Tara McDonald. It peaked at #1 in UK Dance Singles Chart and #16 in the UK Singles Chart.

Also leading the way has been Mambana, his collaboration with Isabel Fructuoso (of Afro Medusa fame). Signed to Soulfuric Recordings, they have released three tracks after 2002. „No Reason“ was their debut single, which hit the top spot in all the Hype/Buzz charts that Summer and was featured in the sets of all the top DJs including Little Louie Vega, Danny Rampling and Ben Watt. The follow ups were „Felicidad“ and „Libre“. „Libre“ was released in 2003 and was arguably bigger than its predecessor. „Libre“ was licenced to more than 12 different territories and featured on compilations that sold in excess of half a million copies.

Axwell has additionally been responsible for Jetlag’s „So Right“, which came out in September 2002 on Soulfuric, featuring the vocals of Noel McKoy and co-produced with Brian Tappert. In late 2002 Axwell went back to his roots and produced a track under his own name – „Lead Guitar“ which was released by fellow Swede Stonebridge on his Stoney Boy imprint.

2003 saw Axwell recording for London-based label suSU (the UK home of Masters at Work) under the guise of Starbeach. The track was called „Get Naked“ & featured the vocal talents of D’Empress (from Mutiny). This was followed up by his version of Evelyn Thomas‘ classic „High Energy“. In the autumn of 2003 Axwell’s „Wait a Minute“, featuring the vocals of Nevada, was released on Soulfuric’s sub-label Device. This song was a club smash that gained support from the likes of Pete Tong, Junior Jack, Kid Creme.

In addition to a re-release of „Feel the Vibe“ on Ministry of Sound, he has produced several club remixes, as well as his own productions, including „Get Over Here“ by Rasmus Faber, „2 Million Ways“ by C-Mos, „Turn On the Music“ by Roger Sanchez, as well as his collaboration with Sebastian Ingrosso on Ernesto vs Bastian’s „Dark Side of the Moon“. Alongside his original productions, he collaborated with the Swedish producer Ingrosso on „Together“. Axwell’s most successful release of 2005 was „Watch the Sunrise“, with Steve Edwards on vocals (famous for Cassius‚ „The Sound of Violence“). The track reached #3 in UK Dance Singles Chart and BBC Radio 1 Dance Chart. In between Axwell’s productions he additionally found time to create Axtone, his own record label.

In the spring of 2006, Axwell and Steve Angello, under the Supermode alias, remixed Bronski Beat’s „Smalltown Boy“, producing „Tell Me Why“. It was released under the Data label. Later, he teamed up with Eric Prydz and produced the tracks 123 and 321 releasing them under the alias Axer.

That same year, Axwell branched into a New York house sound with his mix of „Counting Down the Days“, a song by Sunfreakz. Axwell ignored the vocals (sung by Andrea Britton) for his mix, which was a blend of cutting progressive-house sounds and ethereal keyboards. The Israeli DJ Offer Nissim featured the mix prominently throughout his set at the March 2007 closing party for Manhattan’s Roxy.

In August 2007, Axwell teamed up with performer Max’C to create the track „I Found U„, which made it to #6 in the UK Singles Chart.

Axwell co-wrote and co-produced the song „Rain on Me“ with Cyndi Lauperfor her 2008 album Bring Ya to the Brink. In June 2008, he released a song which was originally produced as a remix for David Guetta’s „Everytime We Touch“. Somehow, Guetta rejected the remix so Axwell took the instrumental of the song, teamed up with Bob Sinclar who brought in vocalist Ron Carrolland together they created „What a Wonderful World“. In August of the same year, Axwell collaborated with an Australian DJ and producer, Dirty South, and released „Open Your Heart“. At the same time, he additionally remixed „Hometown Glory“ by Adele. The remix was released in two versions, „Original mix“ with more vocals and more club oriented „Remode“.

In 2010, Axwell and Dirty South’s remix of the song „Sweet Disposition“ by The Temper Trap, received a nomination for the 53rd Grammy Awards in the category for Best Remixed Recording, Non-Classical.

On 24 April 2012, Axwell’s remix of „In My Mind“ by Ivan Gough and Feenixpawl featuring Georgi Kay was released on Beatport, and then was nominated for the 55th Grammy Awards in the category of Best Remixed Recording, Non-Classical.

On 30 May 2013, Axwell’s new single „Center of the Universe“ (Remode) was released on Beatport. It reached number one on Beatport. His subsequent single, with Sick Individuals feat Taylr Renee, „I Am“ was released on 16 September and additionally reached number 1. Remixes for „I Am“ were released on 26 January 2014 through Axwell’s own Axtone label. Remixing artists included Deorro, Dimitri Vegas & Like Mike, Wolfpack, Boostedkids, Jacob Plant and Nu:Tone.

In 2014, Axwell and Sebastian Ingrosso officially formed the group Axwell Λ Ingrosso. They have after released six new singles together.